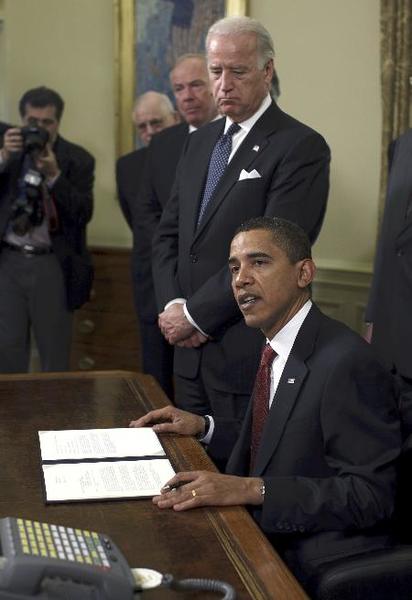 Just two days after taking office, President Barack Obama ordered the closing of Guantanamo Bay. The U.S. naval base in Cuba has been used as a detainment camp where prisoners have been subjected to “enhanced interrogation” since 1991, according to the History News Network.

The controversy heightened in 2002 when the U.S. government ignored pleas from the United Nations to recognize captives from the war on terror, held at Guantanamo, as prisoners of war. This would have given them a meager set of rights via the Geneva Convention, which would have made torturing the captives illegal.

In December 2007, CNN reported that ex-CIA agent John Kiriakou admitted to using “waterboarding” as an interrogation technique on members of al-Qaida detained at Guantanamo.

Via presidential order, Obama ordered that the base be closed within the next year and issued an order titled “Ensuring Lawful Interrogations” that effectively abolishes the protocol put in place by the Bush administration.

According to Fox News, there are 245 detainees whose cases must be addressed within the next year.

This decision has made political waves around the world and will serve as a key step in improving relations with the Muslim world.

An essential error in the war on terror is the failure to fully understand who we are fighting. As a result of a series miscalculations, the image of America around the world has deteriorated significantly.

The fact that America invaded two countries under the guise of spreading freedom and democracy, and then tortured the prisoners, made us look like hypocrites and eroded support for the cause.

The insensitive approach toward the people of Iraq and Afghanistan hindered our ability to make progress. It is the people of these nations that we intend to help and only through them can this war be settled. Closing Guantanamo Bay will acknowledge the wrongs of the past and show that the country is taking steps to correct them.

Perhaps after years of failure with the my-way-or-the-highway approach, it is time to try something new, and that is exactly what Obama is doing.

In his inauguration address, Obama alluded to a new approach when he addressed corrupt leaders in the Middle East with, “Know that you are on the wrong side of history, but that we will extend a hand if you will unclench your fist.”

The days of stubbornly ignoring our mistakes are over. It is time for the U.S. to get back on track and act on the values we preach. No one said taking the position of the moral authority would be easy, but if we truly want to help the people of these corrupt nations then we will need to do so in a way that is consistent with the cause for which we are fighting. Maybe it is time to look in the mirror and ask, “What side of history will we be on?”