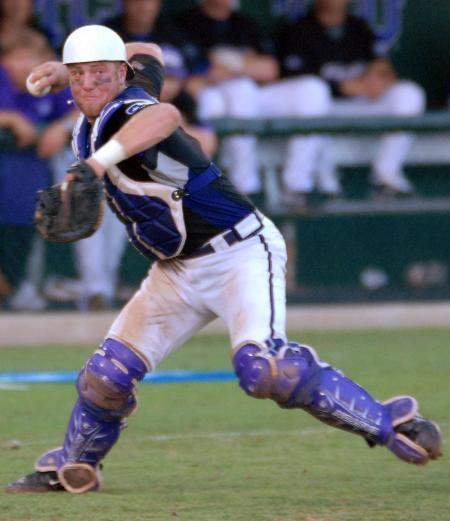 Holaday is the 11th player to win the award since its inception in 2000. It is the first major award won by a TCU baseball player in school history.

A first-team all-conference member, Holaday adds to his list of accolades, which also include second-team All-America honors. He is a three-time MWC Hitter of the Week winner and was also named MVP of both the Houston College Classic and the Mountain West Conference Tournament. He earned a spot on the 11-man College World Series all-tournament team.

Holaday was clearly the leader of the team, helping lead the Horned Frogs to their first-ever appearance in the College World Series. He was one of just two Frogs to start all 68 games this season. He hit .355 with a school-record 99 hits. He tallied 72 runs scored and drove in 53. Holaday hit 24 doubles, one triple and 17 home runs.

Defensively, Holaday guided a staff that posted a 3.55 ERA. As a team, the Frogs surrendered just 30 stolen bases in 57 attempts. Holaday threw out 46% of the runners trying to steal and posted a .988 fielding percentage.

He was one of three finalists for the award, joining Miami’s Yasmani Grandl and Coastal Carolina’s Jose Iglesias at the award’s ceremony in Wichita, Kan.