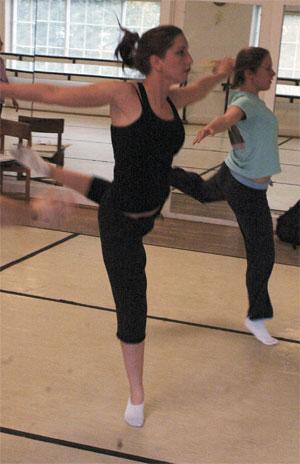 The days of required scuba diving, karate or ballet classes are almost over.This year’s freshman class does not need a physical education activity credit to graduate because of a major curriculum change that was implemented this semester. The one-hour requirement was not added to the redesign of the new core that is now the standard for incoming freshmen.

How decision was made

In 2000, former Chancellor Michael Ferrari asked the faculty to devise a new core curriculum. Since then, several committees had worked on the core and revised several versions, finally approving the final version of the core that was implemented in August.

The P.E. class is taught through the Kineseology department, and according to the chairman, the department was not involved in the deciding-making to cut P.E. from the core.

“We were never asked,” said Joel Mitchell, the chairman of the kineseology department.

He also said he was not a “loud advocate” for the credit because he said he got the sense there was not a lot of support to keep the credit.

He said he regrets not speaking up for the requirement.

“We weren’t as loud as we should’ve been,” he said. “You look at the epidemic of obesity, there is no question our society needs physical activity.”

Blaise Ferrandino, a faculty senate member, said the faculty agreed not to include P.E. in the new core because of two reasons. One reason is because P.E. is disappearing from other colleges’ curriculums, he said.

“(P.E.) is very out of date,” said Ferrandino, an associate professor of music theory and composition.

Another member of the faculty senate, Nadia Lahutsky, agreed, and said there was a feeling P.E. was “old-fashioned” and “no one was doing it anymore.”

Another reason for cutting P.E., Ferrandino said, is that TCU offers students many other opportunities to be physically active.

Mitchell said his department was not asked and therefore did not provide the faculty with any studies about the need – or the lack of need – for a P.E. requirement at TCU.

Nowell Donovan, provost and vice chancellor for academic affairs, said that when the faculty and the faculty senate voted to approve the final version of the core, there were no opposing votes.

Mitchell said the kineseology department was not represented on the faculty senate when the final decision was made. He is now a member, he said.

Donovan said as the old core disappears, TCU will cut down the number of P.E. classes offered. He added that some P.E. classes will be offered as long as there are students who want to take it as an elective.

While TCU has taken away the requirement, schools like Southern Methodist University and Baylor University still want their students to take P.E.

Debbie Ortiz, an administrative assistant at SMU’s advising center, said SMU students are required to take one “wellness education class and one wellness activity class,” which is similar to TCU’s requirements before the curriculum changes.

One Baylor student has no problem with the requirement.

“I’m an (electrical) engineering major so it’s nice to take something other than math once in a while,” she said.

She said she was not sure if she would take the time to exercise if it was not required.

She also added that making P.E. required has other benefits.

“By forcing students to take (P.E. classes), you open their eyes to something new,” she said. “You can change your habits at any age.”

TCU senior Adin Heller said she doesn’t think it is a loss for the freshman class not to have the requirement.

“Most people on campus seem like they work out a lot anyway,” she said.

She added that she has been avoiding her required P.E. class for as long as possible.

“I’m not that active a person on the whole,” said Heller, an interior design major. “And when I do want to be active, I want it to be on my terms, not at 8 or 9 in the morning.”

Joe Yetto, who graduated from TCU in the spring, is now teaching P.E., including an 8 a.m. jogging class. He said his classes are split even between students who want to be there and students who are there because they are required to.

“I understand both sides of it,” he said.

Yetto was not required to take a P.E. class at TCU because he was on the baseball team part of the time he was at the university. However, he thinks it is up to individual students to decide what they get out of the requirement.

“There are so many classes that are required, not just P.E.,” he said. “How (students) handle it is a personal issue.”

He also said that by the time students get to college, they probably have their exercise – or no exercise – habits set.

Sara Donaldson, a TCU yoga instructor, who has been teaching yoga at the University Recreation Center since 2003, said people are never too old to learn certain new ways to exercise, and requiring students to do so is not necessarily a bad idea.

“There’s an opportunity when you are required to do something to realize you really enjoy it,” she said.

However, she said, there needs to be a certain amount of motivation to benefit from classes and if the person doesn’t strive for that, it does not matter how great the class is.

She added that students cannot be forced to do anything, but exercising in college, in any form, is invaluable and has helped her get through the rough and busy times of being a student.