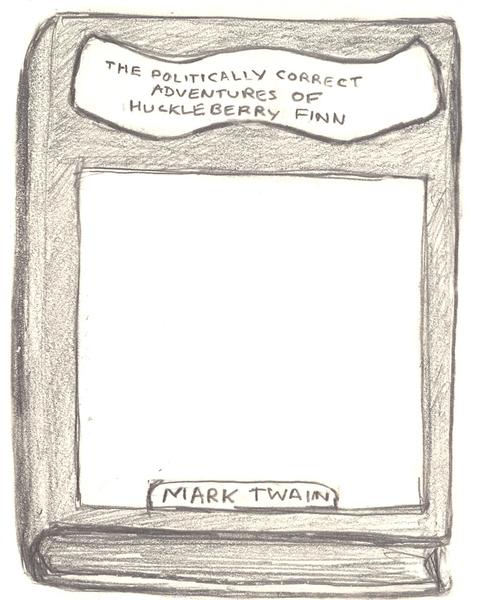 Monday marked the 25th anniversary of Martin Luther King Jr. Day, which meant it was the 25th time Americans came together across the nation to serve in honor of perhaps the greatest civil rights activist in U.S. history. In the midst of this positivity, however, loomed the negativity of ignorance.

NewSouth Books, an Alabama-based publisher that, according to its website, “gravitate[s] to material which enhances our understanding of who we are and which asks us to stretch in our understanding of others,” will release a rewrite of Mark Twain’s American classic “The Adventures of Huckleberry Finn” next month that will feature a replacement for a historically controversial word in American history: the “N-word.”

The decision came after Auburn University professor and Mark Twain scholar Alan Gribben suggested the change be made in order to make the book more accommodating to teachers who were reluctant to use a book with such language.

While NewSouth is striving to uphold its principles in doing so, this rewrite eliminates Twain’s original intent in including the word in his work.

According to an opinion piece in The Huffington Post by Craig Hotchkiss, education program manager at the Mark Twain House and Museum, Twain grew up in Missouri using the N-word and seeing black people as inferior to whites. As he grew in age and knowledge, however, Twain realized the bigoted nature of the word, at which point he became more tolerant.

Huckleberry Finn is, among other things, a representation of Twain’s transformation of racial awareness, Hotchkiss writes.

“[Twain] used his story of the boy Huckleberry Finn to illustrate his own epiphany about American racism and to offer a cautionary tale at a time when American society was receding back into the same depravity that had earlier torn the nation apart in the Civil War,” he writes.

Hotchkiss’ piece demonstrates the fact that the rewrite not only ignores the clear racial barriers that existed at that point in history but also that it eliminates the reason why the book was written in the first place: because of Twain’s personal growth in understanding.

While those issues need to be addressed, experts and common citizens alike must also recognize the degree to which Twain’s creative license and personal experience is being ignored.

Furthermore, one must also consider whether the publisher is making an attempt to make amends for centuries of racial inequality.

NewSouth is based in Alabama, a state that has been a center for racial inequality throughout U.S. history.

The company’s aforementioned goal is admirable; however, there is no quick fix for centuries of racial pain and suffering experienced by black people nationwide.

Lastly, the rewrite will feature the use of “slave” instead of the N-word.

This word choice only further damages Twain’s original intent. Slavery was only one example of racial inequality in the U.S.

Even after the days of slavery, there were severe, clear racial divisions generations later in the segregated South, divisions which Dr. King and others fought to defeat.

This racial tension was due in large part to Jim Crow laws and Black Codes, which were in place for almost 90 years. It would be irrational and illegal if history books were printed without mention of the Crow laws, so it is inappropriate for NewSouth to print a historic work without demonstrating the laws’ effects.

Also, modern-day racism does not feature the use of the word slave. More times than not, it features the N-word.

It seems, then, that using slave instead of the N-word is a close-minded decision by NewSouth, as it only highlights a chapter in the history of American racism.

Ignoring racism would, in essence, ignore the positive impact of brave leaders like Dr. King and remove a substantial amount of history that defines the advances the U.S. has made in accepting diversity.

Stretching our understanding of each other should not include eliminating the realities of history, no matter how gruesome those realities may be.