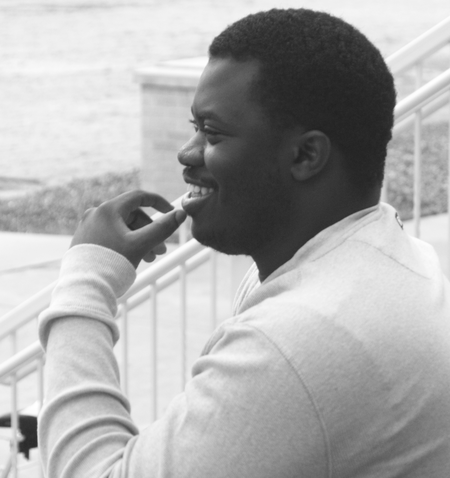 Pedro Kengue had a ticket for the SonAir Houston Express flight leaving Jan. 5. Offered three times a week, the 14-hour charter flight is the only direct flight from Angola to the United States.

But when the airplane took off that Saturday, Kengue wasn’t in it.

Because of the high demand for seats, Kengue was bumped off his flight and placed on a wait list for the next flight leaving the Angolan capital, Luanda, for HoustonÃÂ­- a delay in the journey with a final destination to Fort Worth.

Further inconvenience struck when one of Kengue’s bags was misplaced. Later he found out it had been mixed up with the cargo of another aircraft.

Four days after he originally planned, Kengue arrived in Texas to join Eltizer Jacinto, becoming the first students from Angola to attend TCU.

Kengue and Jacinto, both freshman business majors, are an addition to the international community at TCU – a body that comprises about 500 students from more than 80 countries. According to international admissions data, 34 of those students are from Africa.

John Singleton, director of international student services, said it is an honor to have students from as far as Angola come to TCU.

Singleton added that Kengue and Jacinto’s arrival also represents a unique experience because TCU does not have many Portuguese-speaking students except for Brazilians.

A former Portuguese colony, Angola gained its independence in 1975 only to plunge into a bloody civil war, said Eric Cox, assistant professor of political science.

“There were a number of different factions that while fighting the Portuguese were fighting one another,” Cox said. “Immediately following the granting of independence, Angola broke down into a civil war that really just ended.”

The largest oil producer in sub-Saharan Africa behind Nigeria, Angola has one of the fastest-growing economies in the world, according to a May 2007 report by the Council on Foreign Relations, an independent, nonpartisan foreign policy membership organization.

Sitting in an empty lounge, Kengue offered a shy smile. Kengue is frugal with words but generous with smiles. Prior to attending TCU, he completed an 18-month intensive English program at Indiana University Bloomington, where he met Jacinto.

Like many new students at TCU, Kengue made Frog Camp part of his first-year experience.

Celeste Manner, a Frog Camp facilitator, said Kengue brought a different sense of the world to her group of campers.

“He wouldn’t say much, but when he did it was powerful,” said Manner, a senior advertising/public relations major.

Kengue said one of the highlights of Frog Camp was eating his first s’more, encouraged by his fellow campers.

“I cleared the fire for him and made sure he had a good spot, and then he lit his marshmallow on fire and got his first s’more experience,” said Timmins, a senior advertising/public relations major. “We all watched him as he took his first bite.”

The glimmer in Kengue’s eyes when talking about roasting his first marshmallow reappeared when describing his favorite dish, bacalhau con natas, a Portuguese recipe consisting of cod in a cream sauce.

Kengue said he will return to Angola when he graduates. His education and living expenses are financed by Sonangol, the national oil company of Angola. A stipulation of the scholarship is that recipients must commit to work for the company or one of its subsidiaries once they complete their studies.

“My country is my country, you know?” Kengue said. “We have a lot of problems, but I still like that place.”

Kengue exhibited a playful side when Jacinto walked in.

“He is a funny guy,” said Rosa Faizzad, a junior education major. Faizzad met Jacinto at the international orientation.

“I wanted a better education for myself,” Jacinto said.

“He is pretty sophisticated about some of the ways of U.S. institutions,” Singleton said. “He wasn’t wowed or wild-eyed about being in America. Just what you would expect of a smart kid.”

Jacinto is not the only member of his family to study abroad. His older brother and sister are students at the University of Tulsa.

Also funded by Sonangol, Jacinto intends to return to Angola after graduation. He said it is necessary that every Angolan contribute to the country’s reconstruction process after the civil war.

“It’s the way that I can show love for my country,” Jacinto said.

Kengue and Jacinto share more than a nationality and a degree plan. Their camaraderie bubbled when Jacinto teased Kengue about his basketball abilities.

“He doesn’t know how to play. For example, he’ll try to throw the ball, break your fingers, and then take the ball and play again,” Jacinto joked.

Kengue admitted his game technique. “I did it one time. It’s not true,” he said.

WAMS works exclusively with students from Angola. The agency is currently handling the cases of 220 graduate and undergraduate students.

Judy Snyder, vice president and general manager of WAMS, said students select which schools they want to apply to from a list of educational institutions approved by the agency. TCU is on the list.

“We’re looking forward to working with the university and forming the type of relationship we have had for many years with other universities,” Snyder said.

“With this kind of organization you develop a mutual trust and a mutual concern for the students,” Scott said. “We hope to work with them again in the future.”

Kengue and Jacinto have yet to make amends with some aspects of life in the United States. One of them is the weather.

Natives to a tropical region, Kengue and Jacinto were surprised by the winter weather in Texas.

“The campus was good when I looked at pictures, but I didn’t know that was all in the summer,” Jacinto said.

Another issue is keeping up with native speakers.

“I had trouble with how fast people speak, not with understanding the words,” said Jacinto, remembering the time he couldn’t understand an immigration officer because the man spoke too fast.

Far from home, Kengue and Jacinto take comfort in memories of their loved ones.

“I wish I could bring my niece to get an education,” Kengue said. Homesickness still tugs at him every day.

Jacinto portrayed a look of nostalgia when he recalled his mother.

“I would bring my mother here because I miss her so much,” he said.

It is a long way from their old home, Angola.