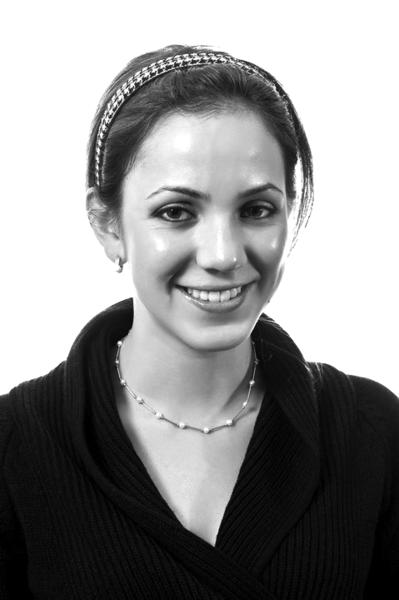 Twelve days ago, the TCU community suffered the tragic loss of Jennifer Anne (Jenny) Prentice, class of 2007, who died from injuries suffered when gunmen opened fire on a restaurant in Guatemala City.

Jenny Prentice was a bright light to many in the TCU community during her four years here from 2003 to 2007. On behalf of the TCU economics faculty and everyone else who knew Jenny, I offer this brief remembrance of her spirited achievements during and since her undergraduate years.

On the strength of her original research, Jenny was offered a position at the Grameen Foundation, as a member of their Latin American Task Force, in May 2007. In fall 2008, after a year of intensive work and travel, she began work on a master’s degree in international political economy at the London School of Economics and Political Science, aided by a merit-based scholarship from FundaciÃÂ³n Guatefuturo, a foundation for educating developing post-graduate Guatemalan professionals with a history of academic excellence. Her master’s thesis, an examination of remittances and their impact on political participation in Latin America, received a distinction, which is the highest possible mark, from the LSE faculty.

Though she loved her country and was committed to returning to Guatemala, Jenny was concerned about security problems there and had hoped to secure a job in the U.K. or U.S. after completing her M.A. She was offered an internship last spring with The Economist, but then received a competing offer from the Inter-American Development Bank in Guatemala City. She surprised some of her close friends by choosing to return to Guatemala. She started at the IDB on June 1 and had planned to return to London by the end of January 2011.

In the words of Jenny’s TCU classmate and close friend, Ambika Sharma, “Jenny was a friend that everyone desires: fun, smart, inspiring, and unconditionally supportive. I particularly admired that she was proud of her cultural heritage and deeply committed to giving back to her country. She readily sought to apply her classroom knowledge on practical projects. Besides excelling in school, she was an outstanding soccer player and even recruited me to the team. She cultivated a positive atmosphere and accomplished a great deal in a very short time. We all will miss her dearly.”

Jenny was never one to draw attention to herself but was without question one of the most capable, intelligent and self-motivated students

I have ever encountered, not to mention one of the most thoughtful and kind. Everyone who knew her as a student, classmate or colleague has similar memories. In our last e-mail exchange in May 2008, I said I wanted to arrange a time for her to come back to TCU to speak to the economics faculty and students about her experiences at the front lines of Latin American development. It is a terrible shame that we will never see her again.

A memorial service will be held for Jenny on Nov. 6 in the chapel of Goodenough College, the dorm where she lived at the LSE.

Rob Garnett is an associate professor of economics.