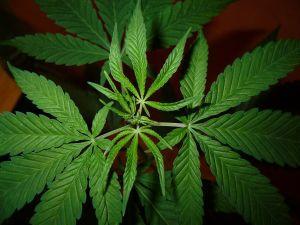 The March 8 death of University of Kansas student Jason Wren from alcohol poisoning raised a question in my mind: Why is it legal to drink yourself to death while marijuana and hemp are still illegal substances?

The prohibition of marijuana seems so hypocritical when you consider the fact that alcohol and prescription drugs can be just as disastrous and sometimes even more lethal than most illegal drugs. These two completely legal substances destroy families, friendships and end lives every day. Even smoking cigarettes, which poses a health hazard to the smoker and everyone around him or her, is not against the law.

Some argue that legalization would lead to a higher crime rate, but history doesn’t support that. The Netherlands, which voted to legalize soft drugs, has a lower crime rate per capita than the U.S.

I am not an advocate of making alcohol and cigarettes illegal, nor am I promoting the use of marijuana. But we need to consider who benefits from keeping marijuana and hemp illegal.

Growing hemp is illegal in most states, yet according to a recent CNN report, the plant is the most economically and environmentally sound paper source in the world. Hemp has the most usable protein of any plant in the world, and it requires little to no fertilizer to grow.

The February 1938 issue of Popular Mechanics magazine named hemp the “new billion-dollar crop,” citing some of its 25,000 applications, which range from making rope to canvas to cattle feed. It is from this amazing plant that medical marijuana is produced for a variety of diseases, including glaucoma, AIDS and cancer.

Marijuana was outlawed as a result of a massive public relations and lobbying campaign sponsored by chemical, logging and cotton companies that were becoming obsolete when it was discovered that hemp could produce the very same things they did, only better.

Natural health researcher Karen Railey reported that if hemp cultivation were legal, it would greatly reduce our imports of petroleum, textiles and clothes. It would save entire forests from logging and would be incredibly beneficial to the U.S. economy.

By enforcing the ineffective prohibition on marijuana, we lose $33 billion in untaxed revenue, according to Harvard economist Jeffrey Miron. That is in addition to the $44 billion the government currently spends on prohibition. Until the government realizes that the money should be put to better use, drug cartels will continue to generate billions of untaxed income from this simple plant.

Prohibition did not work with alcohol. Instead it created the most notorious underground crime era in American history. Now we have managed to do the same thing with marijuana.