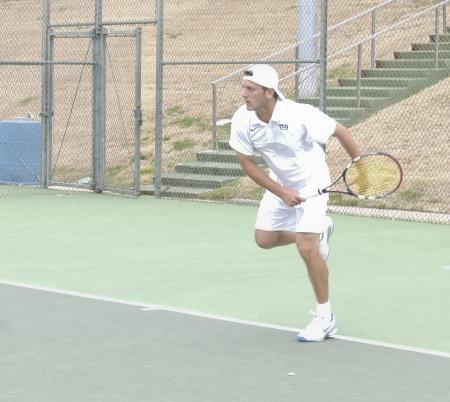 The men’s tennis team will travel to Austin this weekend to compete in the Intercollegiate Tennis Association Indoor Regional, their first tournament of the spring season. They will face the University of South Florida in the first round.

The tournament this year will feature several high-profile teams. In addition to No. 28 South Florida, which is coming off a statement-making win over then-No. 11 Florida State University on Jan. 19, the tournament host, the University of Texas, is the No. 2 team in the nation.

TCU is currently ranked No. 35 in the country, falling two spots after losing to then-No. 24 Rice University 5-2 on Jan. 21.

Head coach Dave Borelli said he hopes playing tough teams in the first half of the season will help his young team mature.

“You’ve just got to learn to go out and play good people,” Borelli said. “The drawback is, you take a lot of losses. But on the other hand, all it takes is to win a couple of the big matches against the good teams and your expectations of what you think of yourself as a program improves. And I really sincerely believe that we’re going to be a good program.”

Borelli led the Horned Frogs to a breakout season last year, finishing No. 34 in the ITA National Rankings and returning the team to NCAA Regional for the 17th time in 18 years. The team also won the Mountain West Conference in 2008.

Despite starting the season by facing some of the nation’s elite, the players don’t seem worried.

“We don’t really think of it as South Florida or UT; I mean, every match it doesn’t matter who you play,” said Kriegler Brink, the team’s lone senior. “We’re excited. We got one or two new guys, and we gotta show them how we do it as a Frog.”