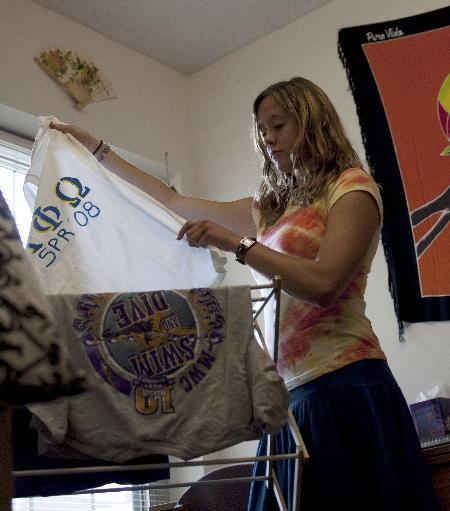 The university has plans to renovate five more campus buildings to environmentally-friendly standards in addition to the recently-completed Sherley Hall, an industry expert said. By fall 2010, all the buildings would be in either the construction or design phase of production.

Jackson Murphy, president of Green Bean Analysis, LLC in Dallas, said the university planned to renovate or build structures like the Milton Daniel Hall dorm and the soccer fieldhouse to greener standards. His company specializes in letting businesses know that sustainable buildings can be economically friendly as well.

“It used to cost more, (but) it doesn’t need to anymore,” Murphy said. “Most of the time you can build a green building for equal amounts of money … and your returns are always better.”

Sherley Hall, a co-ed dormitory, was the second Leadership in Energy and Environmental Design Gold certified building in all of Tarrant County, Murphy said. The LEED, certification system was developed by the U.S. Green Building Council as a way to determine a building’s sustainability.

Harold Leeman, associate director for major projects at the university, said living and working in sustainable buildings would not only benefit future generations, but has several real-time benefits for those involved.

“(It is) great for the people that are living in them right now,” Leeman said. “Academically, it’s shown that people learn better- they’re breathing better air (and) that’s what we’re trying to (achieve) across campus.”

According to the U.S. Environmental Protection Agency Web site, the sustainability movement is defined as “meeting the needs of the present without compromising the ability of future generations to meet their own needs.”

Following the October release of this year’s College Sustainability Report Card, Chancellor Victor Boschini reiterated his pledge to past and current environmental initiatives on campus.

“The entire environmental (or) green movement is very important to me at TCU,” Boschini wrote in an e-mail. “I … think that most people would agree. We are doing a variety of initiatives in this area.”

Among the growing list of sustainable building technologies are compact fluorescent light bulbs which can reduce a household’s monthly energy bill by roughly $50 when used to replace traditional incandescent bulbs, according to a report from productdose.com.

Leeman said Sherley Hall is just one of many campus buildings to utilize this technology in “almost 100 percent” of its lighting fixtures.

Tom Calvert-Rosenberger, a sophomore environmental science major and co-president of the TCU Environmental Club, wrote in an e-mail that the administration was not the only group to be involved with sustainable practices. Student-led action, which was a factor in the sustainability report’s final grade, includes a variety of ways for the entire university community to participate, he wrote.

“The bottom line for students is that we need to be more aware and to use less,” Calvert-Rosenberger wrote. “(We must) continue to ask, ‘do I really need it?'”

Stephanie Eady, a lecturer in the department of environmental science, said her department offered another outlet for students interested in learning more about environmental issues. A YouTube search for “TCU Sustainability” yielded more than a dozen videos and included items on local department projects and the work of two former graduate students, she said.

Eady said eliminating the “fairly large” gap between the department of environmental science’s efforts and what university students were actually aware of was a high priority.

“(We are) trying to figure out how (to) communicate (the information),” Eady said. “How do we get it out there? How do we make sure that … people know what we’re doing?”

Sustainability & Me: What can I do to reduce my environmental impact?

 Try cutting your daily shower time by a minute or two.

 Use reusable mugs for coffee at home or at your favorite coffee shop.

 Bring reusable bags for purchases when you go shopping.

Look for green cleaning products for your dorm, home or workplace.

 Turn off lights when you leave a room.