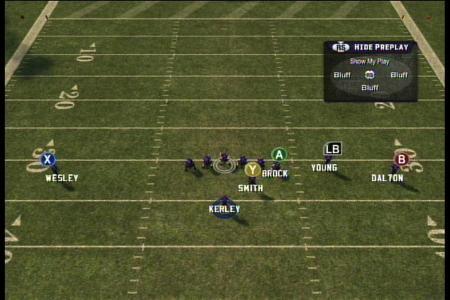 While the shotgun formation has been a staple in the American pastime of football for years, a new offense is sweeping the nation at every level of the game.

The Wild Frog offense is a nontraditional formation in which the quarterback switches places with another offensive player.

At the university, junior wide receiver Jeremy Kerley lines up to receive the snap, in what is traditionally junior quarterback Andy Dalton’s position in the shotgun formation.

In a typical shotgun formation, junior quarterback Andy Dalton receives the snap. From there, Dalton can hand the ball off, pass it, or run the ball himself.

The Wild Frog formation confuses the defense because it puts Dalton outside, forcing someone to cover him from the defensive line.

Once the ball is in Kerley’s hands, he has the option to run a variety of different plays, just like Dalton in the shotgun formation, but the defense is less prepared because it is not the typical formation.

In 2008, Kerley’s role in the Wild Frog offense was important for the 32-7 win against Brigham Young University. He rushed for 77 yards on nine carries out of the Wild Frog, including a 16-yard carry for a touchdown. .

The Wild Frog formation used at TCU was adopted from an offense known as the Wildcat offense.

The Wildcat offense was first used in its modern form at Kansas State University, nicknamed the Wildcats. Kansas State started utilizing the offensive scheme with quarterback Michael Bishop in 1997 and 1998.

The offense gained national attention and popularity in 2006 and 2007 with its use at the University of Arkansas with running backs Darren McFadden and Felix Jones.

David Lee, who is currently the quarterback coach for the Miami Dolphins, utilized the formation at Arkansas as their offensive coordinator in 2007.

The Wildcat offense spread throughout the college football scene over the next several years and became a part of TCU’s offensive scheme in the 2008 season, where it was renamed the Wild Frog.

The formation became popular in the National Football League in 2008 with the Miami Dolphins when Lee started running it early in the season.

Head Coach of the Dolphins, Tony Sparano, spoke about the formation at the NFL scouting combine in February 2009.

Sparano said that when they used the Wildcat offense in 2008 they weren’t sure it would be successful or remain a part of their offensive strategy.

“We also knew that … this might be a two-play deal. We might go out there for two plays and if it backfires or it doesn’t give us the look that we wanted, maybe we don’t see it anymore,” Sparano said. “It just so happened we started to get a couple of the pictures that we wanted to see, and we were able to go with it.”

The use of the Wildcat by the Dolphins in 2008 brought the formation to the forefront of professional football.

“At the end of this, I wish I had a dollar for every person who ran it,” Sparano said.

It is now part of the offensive playbook for numerous NFL teams including the Dallas Cowboys.

The San Diego Chargers have also allegedly adopted the Wild Frog formation as well, where former Horned Frog LaDainian Tomlinson is currently a running back.

Dimitroff said that the wildcat formation is something teams are still learning how to use and defend. He added that it is a good formation for players who are versatile and can run as well as throw the ball.

TCU has not utilized the Wild Frog much this season.

Dalton said that the formation will be used when the coaches feel it is needed, and there is no specific reason it hasn’t been utilized much this year.