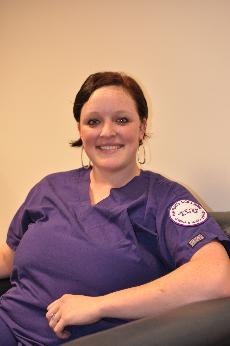 On her flight back from a fun-filled weekend in Las Vegas in May, senior nursing student Leah Joslin never expected to encounter an unconscious passenger.

Joslin said she noticed a woman asking for a doctor midway through her flight. She jumped up and crossed the aisle to see that the woman’s husband’s head was down. She lifted his head up and noticed his lips were blue.

“It was just instinct,” Joslin said. “You don’t really think; you just act.”

She said she could not find a pulse and yelled out for oxygen. A flight attendant brought her an oxygen tank, and Joslin placed an oxygen mask over the man’s face.

He regained consciousness within a couple of minutes but was disoriented and tried to fight her off, Joslin said. She attempted to obtain his medical history, but the man, an Italian citizen, did not speak English, she said.

She kept the oxygen mask on him while a physician and a retired emergency medical technician came to assist her, she said. Joslin asked for a blood pressure pack, and the three of them were able to take his blood pressure, which was normal, Joslin said.

They decided not to administer medicine because they were unsure of what was wrong and did not know his medical history, Joslin said. His breathing and blood pressure stabilized, so Joslin stayed with him for the remaining hour and 15 minutes of the flight back to Dallas, where emergency medical services awaited them.

She said she was relieved when emergency medical services took over at the DFW Airport because she had done all she could do.

“At that point in time I had done my job, and I had done what I was supposed to do and what I was taught to do,” Joslin said. “I was relieved that my part was over and he was stable.”

Joslin said she never found out what was wrong with the man or his name. She said she gave him her name and number but has not heard from him.

However, her efforts to save the man’s life did not go unnoticed. Joslin was interviewed by the Fort Worth Star-Telegram, KTVT-TV and WBAP-AM.

Jodie Weatherly, a clinical instructor who had Joslin as a student, said she was not surprised by Joslin’s response to the situation. Weatherly said Joslin’s actions reflected her training and personality.

“She’s a go-getter…and just jumps in and helps where help is needed,” Weatherly said.

Joslin said her professors helped prepare her to make quick decisions so she can act without hesitation. She said that while she was fortunate enough to be able to help, she believes any of her peers would have been equally prepared.

“I have faith that I was just in the right place at the right time, but I have faith in all of my nursing students that are with me, that any of them could have done it,” Joslin said. “I just happened to be the person there at that time.”

Joslin is not the first nursing student from the university to tackle an emergency while on a plane. In April, the Army Nurse Corps and the National Student Nurses’ Association gave senior nursing major Kate Lunati the 2009 Spirit of Nursing Award for starting an intravenous line on a young woman during a U.S.-bound flight from Central America.

“Leah is a special person,” Toups said, noting that her classmate always goes out of her way to help others.

Joslin said it is second nature to nursing students to view people around them as potential patients.

“They’re all strangers, but then in an instant they become your patient,” she said.