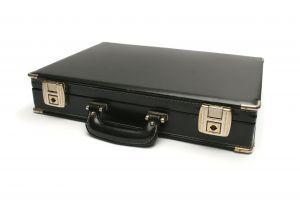 Students may have more difficulty securing internships during an economic downturn, an official with Career Services said.

John Thompson, executive director of University Career Services, said downturns typically result in an increase in internship opportunities as well as increased competition because graduate students and people who have been out of school for years are also applying for the internships.

Thompson said a recession changes internships from a last resort for professional job-seekers to a “bridge job” toward full-time opportunities in the future.

More than 100 companies attended the career fair at the Brown-Lupton University Union last week and more than half of those were offering internships, Thompson said.

Employers see internships as a way to produce the same amount of work with more financial efficiency, he said.

The portfolio of employers has remained relatively consistent over the last few years; the only exception is an increased level of locality in featured businesses, Thompson said.

Thompson said TCU has an advantage because of its proximity to the large employer base in the Dallas-Fort Worth area.

Reports of decreased internship availability for students at other Texas universities such as the University of North Texas and Baylor Universities are trends that may not apply to TCU, Thompson said.

“TCU may be offering the same amount of internships, but that doesn’t make finding an internship any easier,” Goodspeed said. “Without a doubt, it’s harder.”

Kelly O’Brien, director of the Center for Professional Communication at the Neeley School of Business, where communication experts critique students’ resumes and cover letters, said there has been no recognizable increase in the number of students seeking help with application materials.

While most numbers at University Career Services have stayed constant for students, Thompson said one recognizable trend has been an increase in the number of alumni who request assessments or help finding an internship.

“It’s up over the normal number of alums that contact us…and we’re perfectly fine with that,” Thompson said. “We love to serve our alums.”