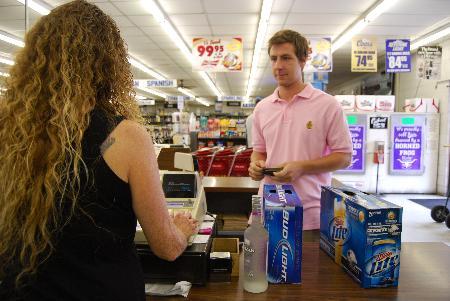 Whether students make their beer purchasing decisions on “Drinkability,” if they want to “Taste Greatness” or if they’re after “The World’s Most Refreshing Beer,” it’s about to get more expensive.

Anheuser-Busch and MillerCoors have both said they will be raising prices in the near future.

On Aug. 25, Anheuser-Busch announced plans to raise beer prices in the majority of markets in order to combat rising costs this fall. Most brands will face a price hike similar to last year’s four percent hike in most U.S. markets, according to industry newsletter Beer Marketer’s Insights.

“We will be including brands across different price tiers, for example sub-premiums, premiums, etc.,” an unnamed Anheuser-Busch spokesman told the St. Louis Business Journal. “The markets have been assessed, and we’ll be acting on a by-market, by-brand and by-package basis.”

Anheuser-Busch and MillerCoors did not return calls requesting comment.

Anheuser-Busch has not yet announced if Fort Worth will face price increases, but student reactions have been strong.

Andy Viehman, junior economics major, said he is a regular Anheuser-Busch buyer unhappy with the news.

“I don’t like (the price increase) because I’m a big fan of Anheuser-Busch,” Viehman said. “My whole family is from St. Louis (headquarters of Anheuser-Busch) so I grew up, not drinking it before I was supposed to, but being around it.”

Belgium-based InBev bought Anheuser-Busch last year for $52 billion. Viehman said he thought the price hike was the first time he had really noticed the new ownership.

“(Anheuser-Busch) was kind of an American symbol,” Viehman said. “They’re one of the oldest companies (America) has, and the fact that they were bought out by some European company was a shame. Everyone was afraid they were going to change it, but until this point I hadn’t even noticed it.”

Albert Rayle, a junior marketing major, said he spends an average of about $40 a month on beer and also doesn’t want to see prices raised.

“It’s pretty ridiculous, especially during a recession,” Rayle said. “A lot of people are trying to cut costs and bumping the price is just a little ridiculous.”

A 12-pack of Bud Light was $12.49 before taxes at the 7-Eleven on the corner of Berry Street and South University Drive on Tuesday. A 4 percent price increase would raise the price 50 cents to $12.99.

Rayle said it could affect his beer-buying habits if one company raised prices and the other did not.

“If I go in to a store and the Bud Light is more expensive than a Miller Lite or a Coors, I’m probably getting the Miller, to be honest with you.”

However, Rayle might not be able to find a cheaper option.

MillerCoors said it plans to also raise prices this fall but has not announced how much they will be raised or where.

The price raise is unwelcome, but not unexpected, said Phillip Rose, a junior finance and real estate major.

“I know everywhere is starting to raise prices most places, the food and beverage industry for sure,” Rose said. “I assumed they would be raising prices, but I think it’s crappy. Beer is already overpriced.”

Rose said he didn’t think a price raise would change his shopping habits.

“I probably wouldn’t buy (a higher-priced beer) as much because I usually go for the cheapest in that beer range,” Bearden said.

However, Bearden said she sympathized with Anheuser-Busch and MillerCoors, noting that the companies probably had to adjust because of the poor economy.