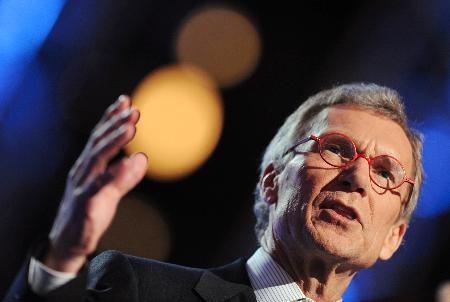 According to President Barack Obama, the United States now lives in a “new era of responsibility.”

Except, apparently, in Washington.

Former Senate Majority Leader Tom Daschle is the latest casualty of the political tax evasion fiasco in the nation’s capital, a situation that is far from “responsible.”

Daschle has withdrawn his bid for secretary of Health and Human Services after reports surfaced that he failed to pay more than $100,000 in taxes between 2005 and 2007, according to CNN.

Tax evasion does fall under the category of responsibility.

The withdrawal of his nomination does help the situation, but there is a bigger issue begging to be addressed.

Daschle is not the only government official to be accused of this growing political epidemic, Treasury Secretary Timothy Geithner fumbled with the same concerns not too long ago.

Are honesty and integrity too much to ask for in our leaders? The American people deserve better, and they are justified in expecting the people running the country to pay up in the same manner as an everyday citizen.

On that note, if an everyday citizen tried to pull a stunt like this, the IRS would suffocate them into submission. However, if it happens to a politician or leader, it is chalked up to an “honest mistake” and dismissed.

Some politicians think they are above the law, and their dishonesty is insulting to taxpayers across America.

The idea of having these people in charge is about as entertaining as handling a bag of agitated cobras. And just as dangerous.

Regardless of the president, the administration, or the party in control of the House and Senate, this idea of a politician’s immunity is one that must be squashed.

It is too much to ask for elected officials to be flawless.

It is not too much to ask them to adhere to the same standards as those whom they serve, and this should be done before even when the world isn’t watching.

Bring on the responsibility.