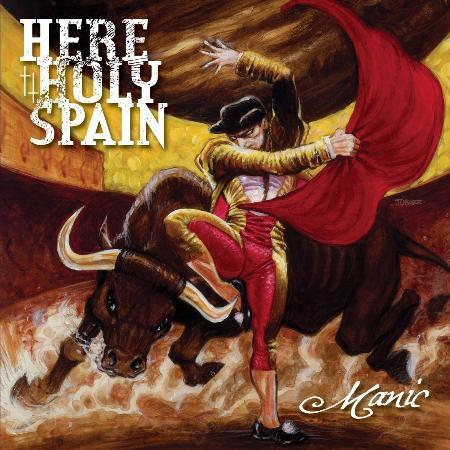 Despite being a skate-punk band, Here Holy Spain has a lot to offer first-time listeners of their album “Manic”.

While the band compares itself to the Alkaline Trio and local legends the Toadies, the sound is closer to alternative rock icons Nirvana. The acid rock sound of loosely strummed power chords and the pounding rhythms of the percussion bring to mind a punk-powered Kurt Cobain.

Despite the resemblance to the late Seattle grunge group, Here Holy Spain brings more to the table in terms of songwriting ability. Their songs are poignant and angry, a combination that rarely presents itself in punk music today.

What gets in the way of this punk trio being exceptional, for their genre, is the production of the album.

The songs on “Manic” seem to scream to be let free by a producer who could not do them the justice they deserve. There is enough diversity in the structure of each song and enough content in the band’s lyrics for “Manic” to be a very good album, that is if lead singer Wes Todd’s voice didn’t sound like a cheaply produced monkey singing in a plastic cage.

This is not to be critical of Todd; it is duly apparent that he has a great voice to match the anxiety driven distortion of the band. The group simply overpowers his under-produced voice, leading the listener to only wonder if, yes, the band is actually trying to say something critical and well reasoned with “The Devil is Alive and Well” or if the song is simply well-titled.

Todd’s voice sounds like a throwback to the Dolby sound of the 80s. It is muffled, filtered and distant compared to the rest of the group’s relatively sharp tracks on each song. One can only guess the producer was going for an audience that wants to be angry, without knowing why they should be angry. Then again, maybe that is what the band was going for.

At only $13.49 on Amazon.com, it would not be a bad idea to grab a copy of this record and decide for yourself. The album has enough hidden gems, such as the second and third tracks, “Same Vein” and “This Tension”, that it would be money well spent.