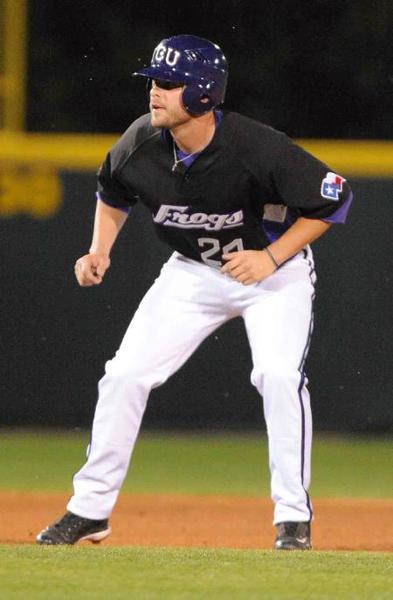 Senior outfielder Chris Ellington immediately made his mark in Horned Frog baseball when he joined the team last season, starting 45 out of the 55 games he played in. He was named second-team all-conference when he led the team in slugging percentage, .579, and on-base percentage, .380. This season, he ranks second on the team and 17th in the Mountain West Conference in batting average at .354, and ranks first on the team with 20 RBIs. After Wednesday night’s 2-1 victory over UT-Arlington, Ellington reflected on the season so far.

Q: How was it bouncing back tonight after the series against San Diego State?

A: We pitched really well, we played good defense and we played together and that’s what we haven’t been doing.

Q: Before tonight, you had lost four out of six games. What was the cause of the recent slump?

A: You know, sometimes in baseball you just have to go through adversity. … I think that was our adversity of the year and we had a good comeback tonight so that should get the rest of the season going.

Q: The season is nearing its halfway point. How do you think it has gone so far?

Q: Is there a game, series or moment that was particularly memorable?

A: Stephen Strasburg (of SDSU) is pretty memorable. He’s a great pitcher.


Q: How do you think you’ve performed so far this season?

A: I’d say I’ve been playing average. We have a great lineup and I get to hit between some great hitters so fortunately when I get some pitches they have to pitch around the other guys in the lineup.
I think I can do better though.

Q: What do you think about your freshman teammates?

A: Our freshman teammates are great … and they’ve been playing lights out. Without them we wouldn’t have a team. They’ve had a big influence on our team and they’ve done a really good job.

Q: The team has been ranked almost the entire season. Is that something you and your teammates pay attention to?

A: No, we don’t really pay attention to it. We just want to go out and try to play the best baseball we can play and whatever happens with the rankings happens.

Q: What does the future hold for Chris Ellington?

A: You know I like to take it one day at a time. My passion is baseball so I’m sure it’ll be something to do with ball. If it’s not playing I’ll probably be coaching.