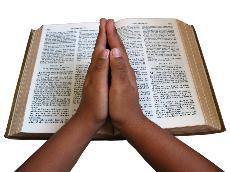 Texas Legislature House Bill 1287, which makes all Texas high schools offer an elective on “religious literature, including the Hebrew Scriptures (Old Testament) and New Testament, and its impact on history and literature,” will become effective for the 2009-2010 school year. Never mind whether the bill violates separation of church and state, but consider that if Texas is going to teach dogma in high school, it should choose the Koran instead of the Bible.

According to the nondenominational World Christian Database, Islam is the fastest growing religion worldwide with a 1.84 percent growth-rate. With globalization rapidly bringing different cultures together, Texas could boast of adequately preparing its students for the global economy by teaching them the religion and culture of approximately 1.3 billion people.

Understanding Islam is also important to understanding current foreign policy discussions. The United States is at war with those who practice radical Islam, but unfortunately, still has a minimal understanding of Islam. A poll conducted in 2005 by the Pew Research Center for the Pew Forum on Religion and Public Life showed that two-thirds of Americans say they know little or nothing about Islam. By studying the Koran and Islam, students would be able to better understand important religiously-rooted foreign policy issues like sectarian violence in Iraq between Sunni and Shiite Muslims and the conflict between Israel and Palestine.

After the Supreme Court case Edwards v. Aguillard (1987) ruled teaching creation science in public schools unconstitutional, and the failed attempt of intelligent design to circumvent that ruling, American Evangelicals can rejoice in the opportunity to finally teach creationism, albeit from an Islamic perspective. For example, in the Koran, Allah (God) created Earth in six days, not seven days as told in the Bible. Likewise, secular Americans won’t need to worry about Evangelicals using tax dollars to promote any ideological agenda.

Teaching the Bible in Texas is just preaching to the choir. Texas is already one of the most Christian states in America. Rather than spending tax dollars on a Bible course, Texas should expand students’ cultural awareness by teaching other religions and leave the Bible classes to the church.

Andrew Mabry is a junior business major from Southlake.