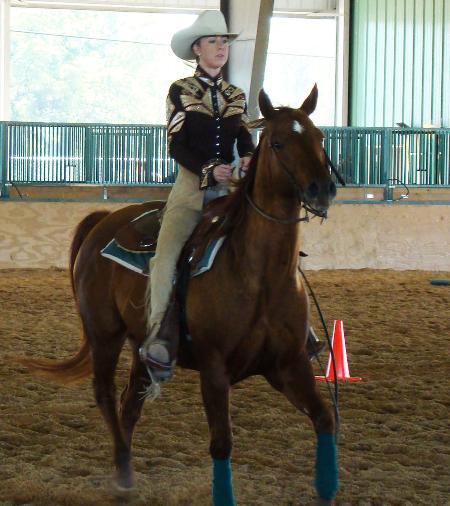 With the equestrian team‘s regular season behind them and the Varsity Equestrian National Championships approaching, the team is biding its time in preparation.

Q: What has the team been doing to get ready for nationals?

A: Every person has been riding every day. Usually we ride twice a week, but we are having structured lessons everyday. We are even riding Friday, Saturday and Sundays. Our lessons are extremely serious and structured, and we practice reining and horsemanship patterns.

Q: Does having a perfect record put more pressure on the team going into nationals?

Q: Which team would you rather play in the first round?

Q: How do you think the team will do at nationals?

A: I think we are going to win. We are extremely focused and dedicated to winning. I truly believe our team wants the championship ring more than any other team out there.

Q: How has the team improved from last season?

A: Our team is extremely consistent this year. Last year we were getting used to the sport and understanding what it took to win. This year we have been able to take everything we learned last year and apply it to this season.

Q: What has been your greatest accomplishment this season?

A: I believe my greatest accomplishment this season was winning an MVP in every class. I don’t think very many people compete in all four classes, and I was the first person in NCAA history to achieve this. This season has turned out to be better than I could have ever expected.

Q: How long have you been riding horsemanship?

A: I rode all around as a young kid for about two years, and this included horsemanship, but that was when I was about 14 years old. Basically I just learned last season.

Q: How do you think you will do at nationals?

A: I believe I will be very successful at nationals. My goal is to win all my points and not give any away. I know my team is really counting on me, and I will not let them down.

Q: What are you going to miss most about varsity equestrian?

A: I am going to miss the sport, because there is nothing else like it that I can compete in again. The reason I love it so much is because it is based on the rider’s ability to get the horse around and not the amount of money someone spends on a horse. I think it is the fairest equestrian sport out there.

Q: What are your plans after college?

A: After college I plan on staying around Texas and cheering on the team. I will get a job in the fashion industry, and maybe one day be a coach like Gary Reynolds for a varsity equestrian team.