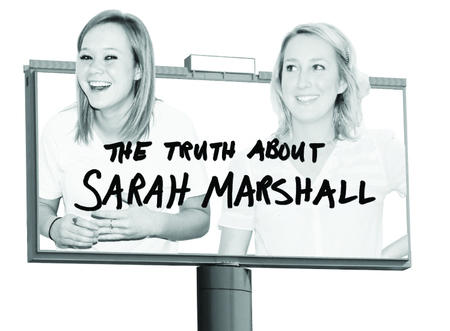 Sarah Marshall, a senior advertising/public relations major, was eating dinner with her boyfriend about three weeks ago when a friend came up and asked if they were OK.

It was one of many calls and Facebook messages she has been receiving for almost the last month. Even one friend’s mother called her to ask about “those awful billboards.”

Billboards with phrases such as “You Suck Sarah Marshall,” “My Mother Always Hated You, Sarah Marshall” and “Those Jeans Do Make You Look Fat, Sarah Marshall” have been appearing around the Dallas/Fort Worth area as part of an advertising campaign promoting the new Universal Pictures movie, “Forgetting Sarah Marshall.” The movie opens April 18 and is about a struggling musician who tries to make a life after he is dumped by his popular TV star girlfriend, according to the film’s Web site.

Marshall is one of many Sarah Marshalls around the nation who has received increased attention in the last month because of the campaign, and she said she was recently interviewed by the Los Angeles Times and the Texas radio station WBAP-AM.

But Marshall said she was not bothered by the ads.

“I thought they were pretty funny, actually,” Marshall said.

Another Sarah Marshall, a freshman nursing major, said she was aware of the movie for almost a year because a friend of hers found out about the movie from a Web site, but it was after Spring Break when the billboards started going up that the calls and messages came.

“Everyone who said something thought they were the first person to tell me,” Marshall said.

The oddest mention, Marshall said, came while she was at her church where she was working as children’s coordinator from a fellow worker who saw her name tag.

“Some guy that I was also working with said, ‘Oh man, it must suck to be you with all those negative billboards about you,'” Marshall said.

Friends of Marshall, the nursing major, said they found the extra attention she received hilarious.

“I can see a guy thinking his life is ruined because of her, but she is not the backstabbing type,” said Brittany Walker, a freshman marketing major and friend of Marshall.

Spencer Youtsey, a freshman environmental science major, said the real-life Marshall is not at all like the character in the movie’s trailers.

Marshall said she doesn’t mind the extra attention and finds the experience funny. She said all of her friends want to see the movie with her on opening day.