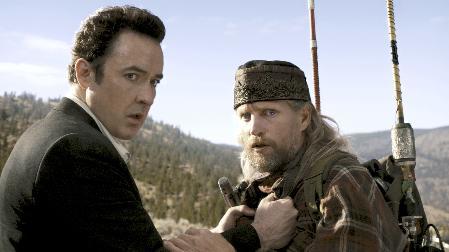 It is about time someone accurately depicts the end of the world.

Today, the long anticipated movie “2012” hits theaters and will tell the story of how the world will come to an end in a little more than two years.

But how could that be fair at all? Society won’t get to witness the 2016 Rio de Janeiro Summer Olympics. What will our next president accomplish? Freshmen, we won’t even be able to graduate.

Well, that is too bad. The 13th cycle of the Maya Long Count calendar – each cycle has 394 years – will end during the winter solstice of the year 2012. Of course, there have been many inaccurate apocalyptic predictions in the past, but this event has got to be true.

Reason No. 1 – John Cusack has prioritized this ominous date enough to make a movie about it.

Appearing in “Sixteen Candles,” “1408” and “Igor,” it is apparent that Cusack only participates in movies that parallel his strong convictions. For example, in “Must Love Dogs,” his character demonstrates the importance of dating, dogs and decision-making (Is he the right one?) Obviously, such pressing societal issues need to be addressed and Cusack is the man for the job.

Secondly, we must believe the Mayas. There is no doubt that this ancient civilization was far more advanced than any other group on Earth at the time. Extremely well-developed irrigation systems, quizzically modern astronomical discoveries and complex architectural achievements are great reasons to agree with the Mayas on this “end of the world” issue. After all, who could argue with a population that used chocolate as currency?

Disregard the accusations of Mayan culture experts who say that the apocalyptic association with the date has no Mayan origin. What do they have besides a decade or two of concentrated Mayan research under their belts? They even go on to say that this “end of time” the Mayas bring up represents a fresh start, rather than a disastrous end. Such rational thinking could only deter the world from all-out chaos by Dec. 21, 2012.

Although NASA has debunked this “myth,” and one too many people are skeptical of the association between the apocalypse and the Mayan calendar, it might be in everyone’s best interest to review this issue more thoroughly. Look at it from both sides – The New York Times may have an article questioning the Mayan apocalypse, but The National Enquirer fully supports the Doomsday date.

At the very least, try looking into selling your car or home (the real estate market may be doing well by then), but if that doesn’t sound appealing, you might have more luck befriending John Cusack.

Judith Schomp is a freshman political science major from Lindale.