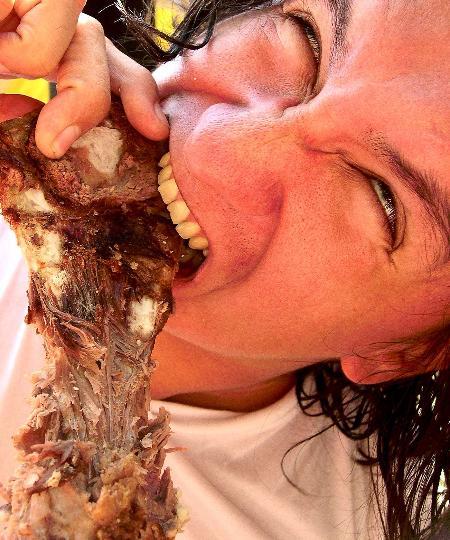 It’s hard to defend something so barbaric as eating another human being. It seems so animalistic and improper, but desperate times call for desperate measures. Eating another person as a last resort is a legitimate option.

The only time most people take the prospect of human-on-human eating into consideration is when they are preparing for an upcoming zombie uprising, which is inevitable. Until then, these decisions are left to the living and those who are not light-hearted with weak stomachs.

I am not a cannibal, nor do I claim to be at the occasional cocktail party. It’s just that sometimes you have to be one, as history seems to have shown.

Case in point: The Donner Party. In the mid-19th century, a group of pilgrims went out west to California in the dead of winter. Needless to say, they didn’t make it. Trapped in the frigid snow, they resorted to cannibalism when food supplies wore thin.

It’s no party until it’s a Donner Party. But seriously, they probably ate each other.

Since then, cannibalism has been divided into two sections, necessity and luxury. In 1971, Uruguayan Air Force Flight 571 crashed in the Andes Mountains scattering the Uruguayan rugby team. Forty-five people whittled down to 16 with the survivors staying alive by eating their teammates who “took one for the team.”

In 2001, Armin Meiwes, a picky eater from Germany, became infamous after he met a man on the Internet and exchanged numbers for a dinner date. The man in question was the “dinner” of the “dinner date.”

Not only was the man killed and eaten, but it was revealed that he volunteered to be mincemeat. Talk about table manners. But the case of Meiwes is exactly what’s wrong with today’s cannibals. They eat because they want to and not because they absolutely have to in an emergency situation. These recreational eaters are tarnishing the good name that cannibals don’t yet have.

Fun fact: Meiwes has since become a vegetarian and supporter for Germany’s Green Party.

When mankind is fighting over the next chicken bone in the eclipse of a nuclear winter or a greenhouse gas chamber, you won’t have any livestock or plants to speak of. You’ll need to keep an open mind and an open stomach. Regardless of what kind of cholesterol and trans fat cocktail that’s running through our systems, it’ll be the only game in town.

Unless you like to eat dirt. In that case, pass the salt.

Chance Welch is a senior film-TV-digital media major from Fort Worth.