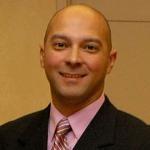 The Hispanic Alumni Association has created the Greg Trevino Memorial Scholarship, which will honor the university’s former director of Inclusiveness and Intercultural Services, a university official said.

Kay Higgins, associate dean of student development, said the new annually awarded scholarship will be available for the first time next fall semester.

Trevino died in an automobile accident in May. He was regarded for his work and help in founding the Hispanic Alumni Association, said Bobby Montes, the current president of the organization.

“He was a great support system for students who were away from home,” Montes said. “Anything and everything you would want a friend to be, that’s what Greg was.”

During Trevino’s many years at the university as both a student and a staff member, he became known for his devotion to students and his passion for helping others, Higgins said.

Montes said the association had been raising funds for a scholarship that had yet to be named, when the minimum required amount was $25,000.

Funding was still incomplete at the time of Trevino’s death, but the association met the money requirements when family and friends were encouraged to make donations toward the scholarship in lieu of buying flowers or gifts for the funeral, Montes said.

Montes said fundraising is far from over. Each year the scholarship holds two fundraisers – a wine tasting event and a golf tournament, he said.

Up to 5 percent of a scholarship’s total funding may be awarded each year, Higgins said.

Alumna Natalie Ayala said Trevino was a friend and mentor to many students.