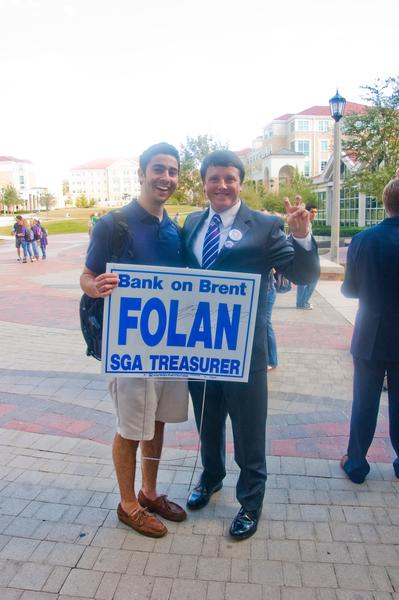 The runoff is necessary because none of the three candidates, Anderson, McDermott or sophomore Tim Cason, received more than 50 percent of the votes,

Phillips said. Cason will not be in the runoff election because he received the fewest votes. Students can cast their votes for the runoff Thursday from 7 a.m. to midnight on their my.tcu.edu accounts.

Once the election results are final, students will work with the current officers to transition to the new positions in January.

After banners were hung outside of Market Square announcing the results, Folan, a finance and accounting double major, received congratulatory hugs and handshakes for his win.

“The kicker was the grandfather clause, and that’s where we’ll make it so the tuition you agree to freshman year will stick with you all four years,” Folan said. “So we won’t have an increase of six percent like we did last year.”