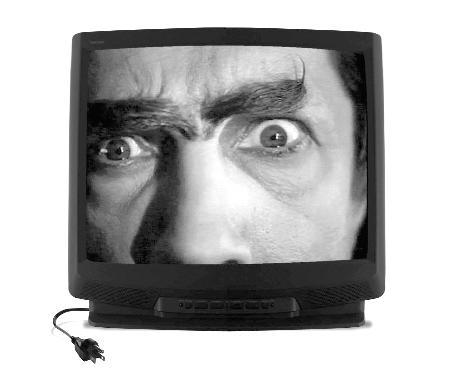 There are probably thousands, if not millions, of creative minds in this country. Yet here we are experiencing deja vu when we go to the movies. I’m consistently being barraged by shinier reworkings of movies that were meaningful to me.

The finished, CGI-laden product is not always better than the cheaper original. For example, “Fame” opens in a couple of weeks. The original movie and soundtrack were staples of my childhood. The storylines were gritty. The characters, though they were only teenagers, were experiencing life, and the movie was R-rated due to the aforementioned “experiences” the kids had. Now it is a much friendlier PG-rated film and probably not half as good.

“Poltergeist,” “Footloose” and “A Nightmare on Elm Street” are all up for a second spin. “Poltergeist” was a PG-rated movie that scared the pieces out of every kid I knew and would still make me check the windows and doors. I think the technology we have now will ruin those great old movies. Are the ghosts going to come out of a Blu-ray compatible flat-screen HDTV? I doubt it. Is Freddy’s tongue going to come out of Nancy’s iPhone instead of her rotary phone? Oh, please! What’s fun about old horror movies is the lack of technology and special effects. The new “Friday the 13th” doesn’t hold a candle to the original violence and corn syrup blood from the 1980s movie.

Children’s movies are not safe from the Hollywood vampires either. I remember being particularly disgusted when I watched “The Parent Trap” remake starring Lindsay Lohan a few years back. One Lohan is terrifying. Two is just masochistic. The original film starring Hayley Mills is a Disney classic and one of the best children’s movies ever. I hope children will go back and watch the original “Willy Wonka & the Chocolate Factory” and hear the fabulous old songs from that movie instead of only viewing the funky, fun Johnny Depp version. Gene Wilder was a fascinating and wonderful Willy Wonka.

Television is not immune to recycling either. “10 Things I Hate About You” is now a TV show. The sassy, smart teen film was unforgettable. I’m not sure the show would have the same bite. Also back from the dead are “Melrose Place” and “Beverly Hills, 90210,” two shows that really have no relevance now but were wonderful back in the ’90s, where they should stay.

Come on, Hollywood. Recycle your freaking newspapers, but leave our precious memories alone.

Christi Aldridge is a senior strategic communications major from Hillsboro.