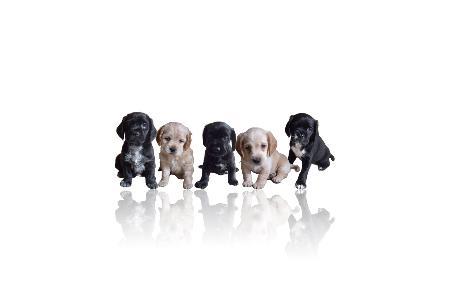 Texas legislators introduced a bill last March that would require dog owners to spay or neuter all animals older than six months. It is about time for this kind of activism.

According to the American Kennel Club, breeders and representatives from its Texas federation have opposed the bill, stating, “Any attempt at restricting the rights any liberties of responsible breeders – especially via mandatory spay/neuter laws – must be defeated.”

While we cannot expect dog breeders to bow down to something that could seriously injure their means of earning a living, breeders need to take the animals’ well-being into consideration first and foremost.

The American Humane Society’s Web site compiled information from a study performed in 1997 that showed how many animals in shelters are euthanized due to overcrowding, disease, aggressiveness and injury.

The study reported that 64 percent of all the animals that entered shelters were euthanized. The Web site also clarified the fact that the numbers are not indicative of overcrowding, but it has to be a contributing factor. More animals mean a higher demand for space, and I doubt shelters want to have to increase the size of their facilities and staff.

Those pet owners that are opposed to the bill are on the wrong side. They must have forgotten that animals need to be alive in order to breed. And they wouldn’t be too happy if their prized animals were locked away in the pound awaiting fatal results.

It would be much more efficient for pet owners and pound employees if preventative measures were in place to protect the animals from the beginning.

I’m not saying that the breeders are being irrational. They need to make a living. But they must keep in mind that it doesn’t look good if they oppose legislation meant to help the animals.

Opposing the bill presents another accusation: the owners are more interested in making money off of the animals than conducting a sound ethical measure to keep them alive.

While six months seems young, according to the American Veterinary Medical Association, male cats and dogs are capable of breeding at that point. Therefore, it is a logical time to spay and neuter.

Breeders have a good point. If dogs are spayed or neutered before or by the time they can even begin breeding, that means they would not have the opportunity to do so at all. Breeders should not say they are completely against regulations on spaying and neutering because there exists an obvious issue with over-breeding.

The legislators and breeders need to come to an agreement. Breeders should be able to breed, but only until the dog is eight-to-ten months old. That way, the females can be a couple months along, give birth and then be kept as a pet instead of living their lives as a puppy maker. Breeders get their dogs and legislators get their bill.

The American Veterinary Medicine Association performs a periodical pet ownership report every year. Its 2007 version reported that over 37 percent of U.S. households have at least one dog. Being that Texas is an enormous state, there is probably an enormous number of dogs here, too. It is not difficult to see why Texas legislators support this bill.

If I was a Texas resident and the issue went to election, I would vote to enact such a measure.