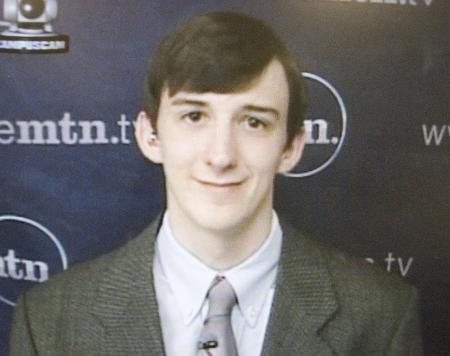 Reporters are sometimes asked to share their opinions, but a student reporter may be on the hook for giving his.

Brian Smith, a senior broadcast journalism major, was told this week that he is no longer allowed to use camera equipment owned by the MountainWest Sports Network to appear on the channel after he made what the university’s Athletics Media Relations department considered to be a critical comment about Frogs’ starting quarterback Andy Dalton on the network.

The decision to ban Smith from using the camera, which will effectively keep him from appearing on The Mtn., came last week. Mark Cohen, director of athletic media relations, sent an e-mail to the network on Saturday notifying it of the decision.

In the e-mail, Cohen wrote that he did not want Smith appearing on The Mtn. anymore if he was going to be critical of Dalton.

“My office will not take time out of its busy schedule to assist in putting TCU students on the air to make negative comments about our student athletes,” Cohen wrote.

The controversy started after Smith appeared on the April 14 broadcast of “On Campus Cam,” a talking-heads style show on The Mtn. where student reporters from conference schools are asked to give their thoughts. During the broadcast, Smith said that Casey Pachall, the freshman quarterback who graduated early from high school to enroll at the university is good. Good enough, he said, to unseat Dalton as the starter.

“I think it’s going to be tough to tell if Andy’s really as solid a starter as everybody believes he is,” Smith, a TCU News Now reporter, said. “And I think the reason for that is because Casey Pachall, a true freshman who enrolled in January really looked good during drills and during the Purple and White game, and in my opinion he really could challenge Dalton for that starting spot.

“He can manage a game and he can play not to lose, but I don’t really think he’s the kind of guy who can win you a game,” Smith said. “And Casey Pachall is that kind of guy.”

Smith, a former Skiff reporter, was scheduled to make another appearance on The Mtn. on Tuesday evening, but said he did not go to the recording because Frank Martin, a producer for the network who received Cohen’s e-mail, had informed him that he would not be allowed to use the camera.

Smith said he was disappointed in Cohen’s decision because “On Campus Cam” is an opinion show, and his right to be there was revoked after he gave his opinion.

“My problem is, it’s censorship to a degree, but if they own (the camera) there’s nothing I can do about it,” Smith said.

But according to Hayne Ellis, a public relations employee for The Mtn., the university doesn’t own the camera.

Ellis said The Mtn. provided the university with the camera so that reporters, including students like Smith, could reach the network.

“We have a show that brings in reporters, writers, radio and TV personalities from around the conference who express their opinions and have a friendly debate on topics around the Mountain West Conference,” Ellis said. “‘On Campus Cam’ is our student version of that.

“We utilize the campus cam chiefly for schools that aren’t within easy driving distance of our studios in Denver. We certainly have students who come down from Colorado State and Wyoming all the time. But from TCU, San Diego State, UNLV, that’s not really practical, so they go on the campus cam.”

Smith said it’s not a matter of simply finding another camera to use either, since this particular camera is set up specifically to broadcast to The Mtn.

When contacted, Cohen declined to comment on the decision his department reached.

“All I can tell you is, (Smith) was a student reporter for The Mtn., and that position for The Mtn. runs through the media relations office,” Cohen said. “We appreciate (Smith’s) service but just felt it was time to go in another direction.”

Ellis said The Mtn. would not intervene in the dispute. He said Cohen and senior producer Brian Trip discussed the issue and The Mtn. considers the issue to be an internal affair.

“Long story short, they agreed to disagree on the subject matter,” Ellis said. “But while it is our camera, it is under (Cohen’s) supervision and, like I said before, he has the keys to the car. So we’re going to abide by his decision.”

Smith said he doesn’t agree with the decision.

“I don’t think it’s fair to the viewers,” Smith said. “It’s strictly a public relations move and I feel like if that’s the direction it wants to go in then they should have someone from their own department … rather than a reporter doing it. There’s a difference between being in media relations and being a reporter.”