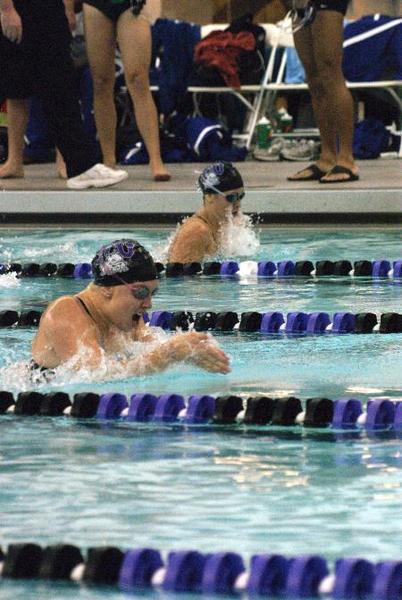 Twelve swimmers will represent TCU at the USA Swimming Short Course National Championships in Atlanta on Dec. 4 and 5.

Six men and six women qualified to compete in the individual-based meet, which showcases the best collegiate talent along with club swimmers 17 and up. The TCU swimmers competing will also face many Olympians at the meet. Michael Phelps competed in the meet last year.

“It’s a good experience for them to get to swim against nationally-ranked competitors,” said swimming coach Richard Sybesma. “I’m looking at this for a lot of our kids as a chance to get big time meet experience. When you go to the conference meet or the national meet, if you make that qualifying time, you’re not so star struck.”

Junior Josh Bagby and sophomore Jeff Gettel are the two returning TCU swimmers who competed in this meet last year. Bagby has won seven events this fall and will be competing in the 50-, 100-, and 200-yard freestyle in Atlanta. Gettel, also with seven wins this fall, is competing in the 200-yard backstroke.

“It’s a big meet because it gives us a lot of exposure to a lot of different teams and swimmers we don’t get to swim against,” Bagby said. “Some of them have never heard of TCU and get to see who we are and who we had qualify for the meet.”

TCU freshman and wins leader Ashley Bolin, is competing in this meet for the first time and said she’s excited to go.

“I’m kind of nervous,” Bolin said. “But I think it’s just like any other big meet – once I get in the water I’ll be OK.”

Bolin has earned eight wins in her first year with the Frogs and will be competing in the 400-yard individual medley. Last year’s win leader Stephanie Futscher will compete in the 200-yard butterfly.

The short course format is used in the United States for wintertime competition. Competitors swim in a 25-yard pool, as compared with the 50-meter pool used in Olympic competition.

Freshman Edgar Crespo also qualified for this meet with his national team from Panama.

Last year, the men’s team set three new school records and made an NCAA automatic qualifying time. Scott McCracken, a senior last year, was the first in school history to break the 19-second mark in the 50-yard freestyle with at time of 19.99 at this event.