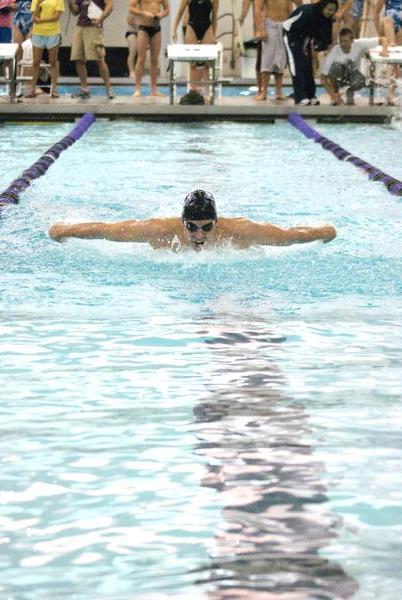 For the men’s swimming and diving team, it came down to the last race to decide a victor.

Trailing by one point, the 400-yard freestyle relay would be the decisive race for the Horned Frogs.

Unfortunately for TCU, the Brigham Young Cougars posted a time of 3:07.47, less than three seconds ahead of the Horned Frogs, to win the men’s meet 153-147.

“The men had them on the ropes,” head swimming and diving coach Richard Sybesma said. “It was great because they (BYU) were the second-best team in the conference last year and we feel like we are a much better team.”

The men’s team wouldn’t have been in that position if it weren’t for two stellar performances.

Sophomore Edgar Peyro won the meet’s last individual race to pull the team within one point going into the relay.

“Everybody was telling me that I had to do something to help the team at the end,” Peyro said. “When you have such great teammates to support that support you every step of the way you just got to go all out.”

“I just went in, I just had fun with the event and everything just came together,” Hesselberg said.

On the women’s side of the event, two wins by senior Kate Rosen were not enough to pull out the win, losing 182-118.

“I was happy with that. I was a little surprised,” Rosen said of her performance. “I was proud of our team, how we got behind each other and really encouraged each other throughout the meet.”

“I can’t tell you how proud I am of them,” Sybesma said of his women’s team. “We had several lifetime best times. Even though BYU is ahead of us, they were conference champions last year. Our team has raised the bar quite a bit from where they were last year.”

Despite the loss, the coach said his team took confidence away from this meet.

“When you put a team on the ropes like that, you begin to feel like you are a better team,” Sybesma said. “I think (the team members) see themselves as a better team and that helps us down the road.”