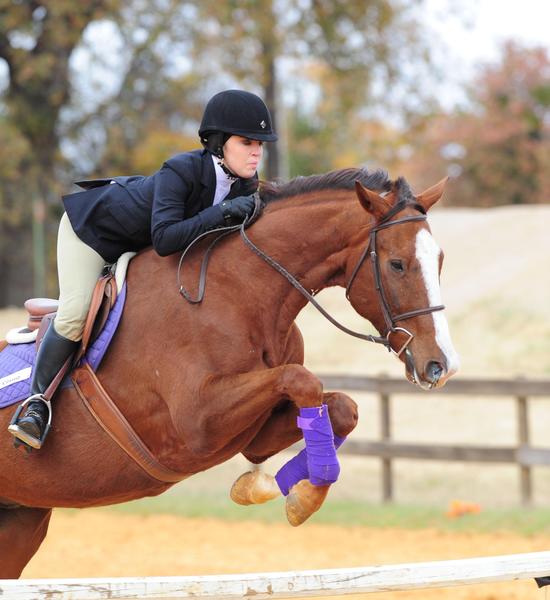 The fifth-ranked TCU equestrian team will compete against Delaware State University on Sunday for an opportunity to stay undefeated on the season.

The meet is scheduled to take place all day at October Hills Farm in Hudson Oaks, Texas.

“We don’t worry about whether a team’s ranked or not,” he said. “The biggest thing that we just focus on is execution.”

The Frogs (3-0) have not trotted on home soil, or any soil, since they defeated No. 3 Auburn University (6-2, 2-0 SEC) 11-7 in November. The victory bumped the Frogs up one spot in the Varsity Equestrian Coaches Poll, the NCAA’s official equestrian affiliate.

To Reynolds, the break was not detrimental.

“It gives the girls some time off [and] let’s them be fresh,” Reynolds said. “They usually come back off of a break like that really hungry and really ready to win, so it’s all for a good thing.”

Reynolds also said the team worked hard to get both the horses and riders in shape for not only Delaware State, but also for Baylor, Fresno State and beyond.

“Basically, we’re about 32 days away from our national championship,” Reynolds said. “…Del State should be a good chance for us to just, like I said, just execute.”

Hurdling fences against Delaware State in the hunt seat competition are Frederick, Alicia Turner, Victoria Lee, Callie Selchau and Caitlin Ader. Haley Jacobi will be the alternate and Courtney Motz will ride the exhibition.

Representing TCU’s hunt seat team on the flat will be Victoria Giachino, Tassie Munroe, Milana Trimino, Jacobi and Jessica Hagen with Melinda Peters as the alternate. Both Peters and Emily Maloof will perform the demo.

In western horsemanship, Ashley Aikman, Courtney Chown, Alexi Estrada, Lyndsi Hardin and Taylor Prince will ride for the Horned Frogs with Carrie Schimpff as alternate and Taylor Gillette riding the demo. Riding for TCU in equitation in reigning will be Kelsey Huffman, Kirstie Frydenlund, Kelly Morris, Kolby Simonson and Devin wSpencer. Alison Winspear will be the alternate.

The last time TCU won a national championship in equestrian was in 2008. The Frogs’ western team is perfect on the season, 15-0. The western team defeated Georgia to win the Western National Championship.

Last year, the Frogs finished the season at the No. 4 spot on the Varsity Equestrian National Championships’ final standings.