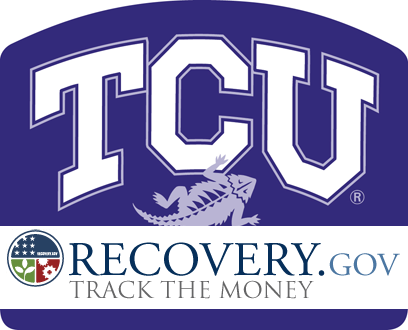 According to Recovery.gov, the Federal Work-Study program, which funds part-time student employment at the university, received a $148,446 grant on July 1, 2009, while the Trans-National Science Foundation Recovery Act awarded the university an additional $345,000 in grant money for chemistry research on July 23, 2009.

According to the Federal Grants Wire website, the objective of the Trans-NSF Recovery Act is to fund projects that will eventually spur economic recovery.

Robert Neilson, a principal investigator for the project funded by the Trans-NSF Recovery Act, said his funding will be used for synthetic inorganic chemistry research.

“If we want to boost the economy, we need to motivate university students to get out in the work force,” Holland said.

According to Recovery.gov, Neilson’s project will be “creating interesting, novel materials with diverse and exploitable properties” in the field of metal phosphonate chemistry. It will benefit industries and agencies involved in these areas of study.

While the research is not application-based, it is aimed to educate graduate and undergraduate students on research concerning new compounds containing phosphorous, Neilson said. Materials like those being researched could be applied to different uses, such as hydrogen storage for fuel applications and fuel cells, he said.

The project also involved the creation of a post-doctoral position with American Recovery and Reinvestment Act funding, according to Recovery.gov. Leslie Lesikar, who filled the position, was employed full time to perform a variety of jobs such as running reactions to develop the field of metal phosphonates, according to the website.

“My favorite part of the project is working with x-ray diffraction for structural determination,” Lesikar wrote in an e-mail. “As for the accomplishments, we have synthesized several ketiminate ligands as well as phosphonic acid complexes with main group and transition metals.”

Peg Meroney, director of financial operations, said the National Science Foundation grant will be given out over three years to support Neilson’s project.

Vice Chancellor for Finance and Administration Brian Gutierrez said in the fiscal year between October 2009 and September 2010, funding for work-study was given to the university by the ARRA.

The work-study funds from stimulus money were given to the university in combination with the general allocation of federal work-study dollars that the federal government gives each year, he said.

Katie Tonemah, a junior early childhood education major, said she has participated in work-study since her freshman year and currently has two work-study positions.

Tonemah said the program helped her fund her education by allowing her to work in the place she lives and still be able to get homework done at the same time.