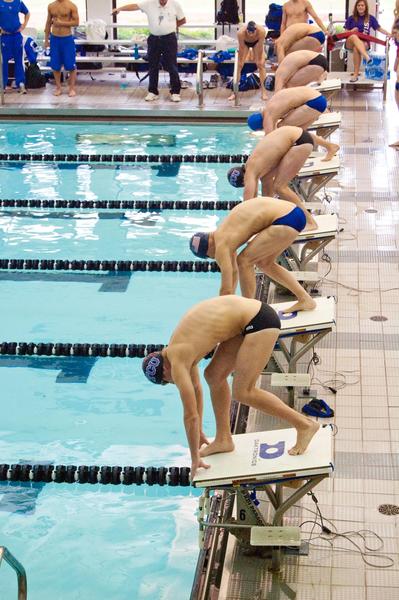 The swimming & diving team members know they still have an outside shot at a Mountain West Conference co-championship, but they must defeat Utah on Saturday at noon in the University Recreation Center Natatorium to give themselves a chance.

After dropping a dual meet at UNLV for the first time in nearly two years Friday, the Frogs must hope UNLV slips up against Wyoming or Air Force in its remaining conference meets.

“The biggest part is we still feel like we have a shot at being co-champions,” head coach Richard Sybesma said. “UNLV is going up this weekend to swim in (high) altitude against Wyoming and Air Force, and it’s very difficult to win at (high) altitude in back-to-back meets.”

“I’m hurt right now, I have an infection in my ankle,” Crespo said. “There’s an 80 percent chance I’ll go, I want to support my team.”

Players and coaches agreed that there will be a huge advantage swimming at home against Utah, whose women’s team will come into the match with a 5-4 record, 2-1 in the Mountain West, and men’s team posts a record of 2-1, 2-1 MWC.

“The good thing about swimming at home for us is we usually have pretty good crowds if it’s a good team coming in, we probably put the best meets of anybody. We get real good support from our media relations and marketing department,” Sybesma said. “Our scoreboard enables us to put pictures and things like that up, so it’s not necessarily just swimming, it’s kind of a sporting event.”

Depth will be the key to a Frogs’ victory, which means other swimmers will have to fill a big void if Crespo cannot get in the water Saturday.

Iannacone said, “Make sure you beat the guy next to you. You’re always next to some one from the other team. So to get depth points, you always have to try and race that person next to you.”

Last year the Utes, a much improved program, took the men’s team down to the wire.

“We talked to our team about Utah, their men’s team took us down to the last two events last year and we had to really scramble. We were fortunate to win against them last year,” Sybesma said. “We think it’s going to be an exciting meet. It comes down to who is the best on that day.”

The women’s team will look to sophomore Sabine Rasch, who picked up two wins at UNLV on the night, bringing her total to eight for the year. Rasch is the TCU record-holder in the 50-freestyle and 100-freestyle.

“Sabine Rasch has had a really great year; Maria Alvarez, Parris Schoppa, we have a lot that are ready,” Sybesma said. “Michelle Fleming, she was a double-event winner (at UNLV).”

Crespo and Fleming were named TCU’s Athletes of the Week, while Utah junior Hannah Caron earned MWC Swimmer of the Week honors.