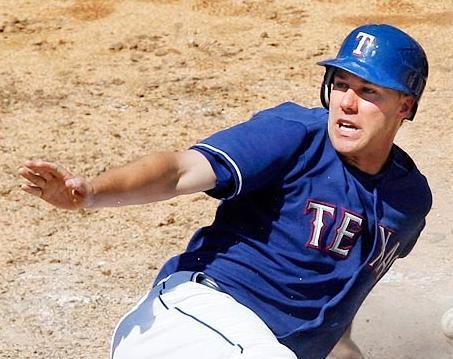 FORT WORTH, Texas — The Texas Rangers will honor the TCU baseball team in a pre-game ceremony prior to Sunday’s 7:05 p.m. home contest with the Houston Astros at Rangers Ballpark in Arlington.

The Horned Frogs will be recognized at approximately 6:45 p.m. TCU head coach Jim Schlossnagle, the 2010 National Collegiate Baseball Writers Association National Coach of the Year, will take part in the ceremonial first pitch with Horned Frog catcher Bryan Holaday on the receiving end.

TCU returned to Fort Worth Sunday after winning three games in its first appearance at the College World Series. The Horned Frogs were one of just four teams remaining and fell just a game short of reaching the championship series.

TCU won a school record 54 games and advanced to the postseason for the seventh straight year, qualifying for the College World Series by defeating Texas in the Super Regional at Austin.