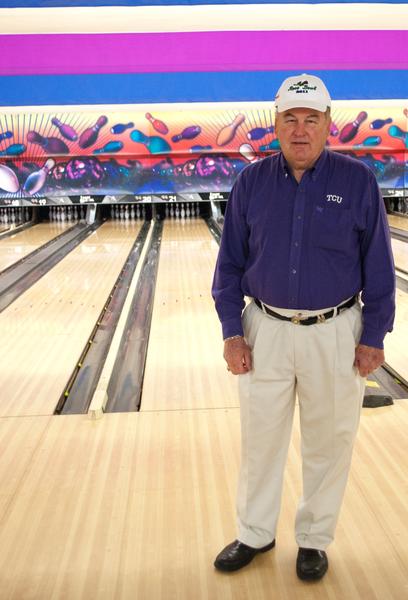 In 1958, Elvis Presley got a buzz cut and joined the Army, NASA took wing and Vice President Richard Nixon launched a “goodwill tour” to rev up his presidential campaign. In Fort Worth, TCU played in the Southwest Conference and tuition stood at just $50 per semester. This was also the year Jerry Ray, a third-generation Horned Frog with a major in marketing, graduated.

Ray said his years at the university were some of the best of his life. He fondly recalls late nights spent “necking” in the Sherley Dormitory parking lot, shaking every hand he could and spending admittedly few hours actually studying for class.

“I’m 76 and I still remember the night they handed me a diploma,” he said. “I remember thinking “what am I going to do?'”

But fast-forward more than half a century and Ray has made a name for himself within the TCU community as well as in Austin 8212; his home of 42 years. Fitting of his playful personality, Ray is an owner of Family Sports, Inc. and a chain of bowling centers. He has expanded his portfolio with a number of Austin properties on which he operates a variety of businesses.

Ray serves on the TCU Board of Trustees and is the No. 1 recruiter of top-graduating high school seniors in Austin. He often travels to Fort Worth to perform guided tours and introduce perspective students to the chancellor and dean of admission.

The friendly face on campus likes to tease Chancellor Boschini, holds a vote on major university issues and jokingly calls Vice Chancellor Don Mills a “hippie.” He offered some advice for current Horned Frogs: appreciate where you are and tell your parents how much you love them for allowing you to go to TCU.