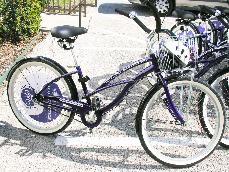 As gas prices remain high, the government is researching alternative energy resources like ethanol, fuel cell and wind power. TCU administration, students and faculty are searching for alternatives as the pain at the pump lingers.

Jack Hesselbrock, associate athletic director for internal relations, sees sports teams come and go to games across the nation on large buses and private planes. But recently, Hesselbrock said the athletic department is looking for ways to reduce fuel costs while driving fan interest up.

One of the options the athletic department is exploring is scheduling more games with regional rivals like Southern Methodist University, Texas Tech and Rice University. The team can take the bus and fans from both sides can travel to the games. Road trips also allow the players to slow down and enjoy the ride.

“They like it. It’s really more convenient for them rather than take a bus over to the airport, load up, get there, and get another bus,” Hesselbrock said. “They can leisurely go down the interstate and stop and eat on the way, and plus they have their bus and their driver when they get to the destination rather than a downtown service.”

Hesselbrock said the teams fly back home on a private jet instead of a commercial airline because often the players would have to stay overnight and would not be able to come home as early, possibly creating a conflict with class times. Also, Hesselbrock said with regards to the number of players and staff associated with the teams, the large group would have to be broken up across several flights.

“All of the teams will fly to every Mountain West destination. It’s almost impossible not to from the standpoint of getting them there and getting them back while minimizing class time,” Hesselbrock said.

In the past, when teams needed to travel to the airport to make flights, Hesselbrock said they rode 47-seat motor coaches. The athletic department took the buses that the companies gave them because the other alternatives, like having the teams ride in vans or transporting themselves, were not as safe.

Hesselbrock said bus companies in recent years have offered a smaller fleet with about 30 seats at about half the cost, with the same comfort level and safety certification.

DeAnn Jones, coordinator of parking and transportation with the TCU Police, said shuttle buses that circle around campus are a good alternative to students driving their cars around the parking lots looking for that empty spot. Jones said that one of the routes has been shortened.

“We’ve also shortened the one for the east campus so it’s not going entirely around the whole campus,” Jones said.

Jones said the change went into effect on the first day of class because she felt that there were not enough riders to justify the shuttle making the full trip around campus.

As far as buses using alternative energy sources, Jones said the bus that belongs to the Fort Worth Transportation Authority, also known as “The T,” runs on compressed natural gas.

Finding another ride home does not have to mean putting a down payment on a Vespa. Jones said students can ride a Dallas Area Rapid Transit bus or train on the Trinity Rail Express with the free transit card given to students, staff and faculty with a valid TCU photo ID. Those who want to travel short distances on campus can walk or they can use a bike from the Purple Bike Program.

Keith Whitworth, professor of sociology, said the Purple Bike Program originally started about three years ago when some of the students in the applied sociology course he was teaching tried to submit a grant to buy a Global Electric Motorcars car for the Physical Plant. The GEM car is what Whitworth called a “glorified golf cart”, a low-speed, street-legal battery-powered vehicle.

It was rejected, but out of this failure, Whitworth and his class conceived the idea of lending bikes to students for up to a semester for free. TCU funded a Vision in Action grant to Whitworth and his students. Whitworth said participants borrow a bike and get free maintenance for the semester and also get a helmet and a combination lock.

The only problem with the program is that it might be too popular. Demand is outgrowing the supply of bikes. Whitworth said there are 50 bikes in the fleet but usually 100-150 people on the waiting list.

“The university just submitted a grant for $25,000, and we’ll know about whether it’s funded or not in October.” Whitworth said.

In the meantime, students are finding their own alternatives to getting around the gas price crunch. Joey Parr, a senior radio-TV-film and political science major, bought a Vespa scooter this summer for the gas mileage.

“I just happened to make the right amount of money to purchase it this summer,” Parr said. “It was just enough to get a good scooter and just under the mark to where I could get a nice car.”

Parr’s Vespa averages 55 to 60 miles per gallon in a two and a half gallon tank, and he pays about 6 dollars for gas every two weeks, he said. In terms of speed, Parr said he would never take the Vespa on the highway because the scooter can only reach 40 to 45 miles per hour downhill.

If the scooter had an engine capacity of more than 50 cubic centimeters, Parr said he would have had to get a motorcycle license, so he took classes and got the license, just for when he upgrades. Parr said he took safety classes and instruction on how to ride before he got behind the wheel.

Parr said he has had the scooter for about a month and uses it every day. Even with the convenience of the scooter, he still walks around campus to class, but if he needs to go home during the day, it’s a good alternative to carpooling.

Parr said the problem with riding motorcycles or scooters and sharing the road with car drivers is not being as visible in a smaller vehicle. And sometimes the problem is being too visible to the other drivers. Parr said some drivers have given him dirty looks and even worse.

“I’ve had people blow exhaust at me and give the finger to me,” Parr said. “It’s probably because I get better gas mileage than them.”

Unruly drivers aside, Parr said the decision to buy a scooter was a good one and he likes helping the environment, as well as the extra money in his wallet.

“If anybody ever wanted to do something for the environment, they would make the product cost-effective,” Parr said. “If there’s one thing people are motivated by, it’s money. It’s the number one motivator for people these days.”