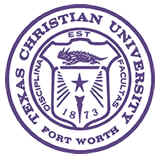 Vision in Action, a program designed to implement changes and development in the university, is undergoing revision, the provost said.

If approved by the university’s board of trustees, the program will continue plans for renovating buildings on campus and create official university promise and commitment statements, Provost Nowell Donovan said. Other proposed changes include revisions to the university vision and values statements.

Donovan said VIA was responsible for the transformation and internal and external improvements made by the university.

According to the VIA progress report 2005-2010, internally, university scholarship support doubled through VIA. The number of students who received scholarships increased by almost 1,000, and diversity on campus increased from 14 percent to 18 percent.

Donovan said that externally, VIA has been responsible for the extensive construction, renovation and overall transformation of the campus.

He said one of the most significant things produced out of VIA was the construction and renovation of buildings and residence halls on campus. One accomplishment was the high sustainability standard the new buildings were built to, he said.

After the initial five years that VIA was meant to last, Chancellor Victor Boschini and Donovan decided to continue the program and revamp it to meet the university’s changing needs, Donovan said.

“No plan lasts forever without re-examination, and so we call it Vision in Action 8212; the sequel,” Donovan said.

Donovan said one of the less tangible programs developed through VIA was the Strategic Initiative Fund, a monetary fund designed to jump-start the initiatives of VIA. He said professors come in with bright ideas, and the committee responsible for handling the funds chooses which programs to support.

“It’s really like venture capital for academics,” he said.

Donovan said the main goal behind the SIF was to insure that there was funding to support the planning and implementation of new endeavors.

According to the assessment and final results documents, in the last five years, the SIF granted almost $8.4 million to 61 projects, including the Child Development Institute and the TCU Purple Bike Program.

According to the SIF current results document, SIF programs have brought in about $7.5 million to date.

The two programs that had the highest revenues were the Child Development Institute, headed by Karyn Purvis and David Cross, and the TCU&-Oxford Sustainable Futures Initiative, headed by Michael Slattery, according to the Assessment of VIA document.

Donovan said the continuation, revision and progress report of VIA and SIF are preliminary reports until the material is presented and accepted by the university trustees. If the information is accepted, it will be released and available to view online.

1. Recruit and retain students, faculty and staff who can achieve their full potential at TCU

3. Sustain an environment in which rich personal interaction is enhanced by outstanding facilities and appropriate technology

4. Accelerate the university’s connection with the greater community of Fort Worth, Texas, the nation and the world