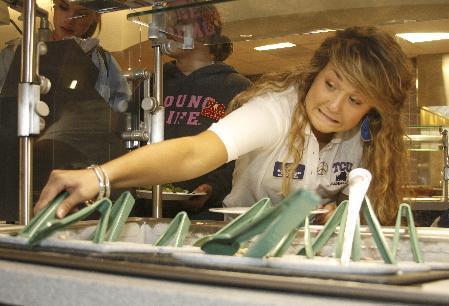 Construction of the Brown-Lupton University Union is scheduled to be completed soon, after more effective drainage plans had to be cleared by the city of Fort Worth, a TCU official said.

Don Mills, vice chancellor for student affairs, said weather, in addition to drainage problems caused by flooding in the Campus Commons and the construction site, led to the BLUU’s grand opening being pushed back to Sept. 2 from its expected August opening,

Mills said the drainage problem was an “engineering challenge,” but the city has been a good partner.

“You always want to do something that will be effective, but also doesn’t increase the cost of the project too much,” Mills said.

Other than the plaza and the auditorium, the construction of the University Union is “almost down to the punch list,” said Larry Markley, director of the BLUU.

The budget increases were funded through the university’s “cash on hand” and Campaign for TCU fund, he said.

“It’s always difficult when you’re designing a building to get all of your concepts in and budgeted,” Gutierrez said, adding that certain elements of the BLUU, such as the trellises in the student dining areas, were added as construction progressed.

The BLUU houses a conference center, three retail stores, a 352-seat auditorium and a new home for the post office, previously located in the basement of Sadler Hall .

Although construction at the BLUU is not finished, the dining facilities are up and running and students aren’t daunted by the delays.

Dan Miles, a senior mechanical engineering major, said the construction had no effect on his perception of the University Union.

“Even though the construction is still going on, you can tell it’s well thought out and well done,” Miles said. “When all that gets cleaned up, I can’t imagine how nice it’s going to be.”

See Video Tour of the Union